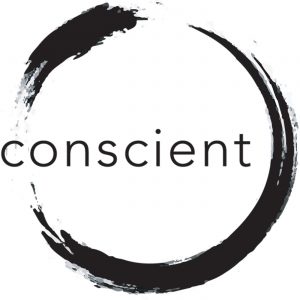 Creative Climate Leadership USA  (ccl usa) was developed by Julie’s Bicycle, an international  leader in arts, culture and climate change based in London (led by Alison Tickell) and brought together 25 arts and culture leaders from the US and Canada to Biosphere 2 in Oracle, Arizona from March 8-14, 2020 thanks to a collaboration of EcoArts Connections, the University of Arizona and the Colorado European Union Center of Excellence  (CEUCE) based at the University of Colorado-Boulder.

e18 excerpts from e08-17 brings together 10 excerpts from conscient podcast episodes 8 to 17 drawn from the Creative Climate Leadership USA series. To hear the complete interviews, go to :

Note: below is transcription of an audio introduction for this series of episodes that I recorded on Saturday, March 14th, 2020.

I’m at the biosphere in Oracle, Arizona.

I just ended my participation in the creative climate leadership course, and I recorded a number of episodes for the conscient podcast during this week.

I decided to present them as a series because they are a set of conversations with participants and they all have interconnections in terms of discussions about leadership, climate change, cross sectoral collaboration between art and environment and other things: storytelling, circus arts, aesthetic, technical, methodological…

There’s lots of very interesting content that I was able to capture here and so I present them as a set of podcast episodes that have connections between them and that I encourage listeners to explore, because they all, in one way or another, touch upon the theme of leadership in and around the climate crisis.

What happened this week was also very troubling for all of us because the COVID-19 virus started hitting very strong this week and many governments around the world started imposing restrictions and self-imposed isolation, for people like me, for instance, coming back from the US to Ottawa.

What was really interesting was how this group of leaders discussed and developed language about the role of the arts in times of crisis. (note: see Crisis: Principles for Just and Creative Responses)

I was part of that group and it was certainly a highlight for me, having had the privilege to be here and having spent time thinking through not only the role of art, in and around change, but specifically in situations of crisis, which, of course, the climate, is, in crisis.

We had the opportunity to think as a group about what we want to move forward as a proposal in terms of the increased role of arts and culture in and around climate change.

I hope you enjoy the series and explore the work of these artists and cultural workers.

I thank them from the bottom of my heart for sharing the knowledge, their tools and resources so generously and I wish you the listener lots of good encounters about how the arts can better contribute to environmental awareness and action.

Note: below is a transcription of excerpts of interviews recorded the week of March 8-14 2020 at the Creative Climate Leadership USA course. See https://www.conscient.ca/series/conscient-english/ to hear the individual podcast episodes from this course (e-08 to e17)

Change agent, disruptor, artist, counselor, sparkplug and community architect Em Piro For me, some of the things is I was kind of working through this question of like, what does it mean to be essentially creative facilitators in the age of climate change in the midst of a disaster? Some of the things that were really resonant for me were the idea that self-care is community care. That solution scale up more effectively than they trickled down and something I’ve been paying a lot of attention to is the real position prime position that we’re in to work, especially with Asian Pacific Islander producers, and practitioners and neighbors who, who I think have been disproportionately targeted in this time and I think we’ve created these really mechanisms of mutual support that can also be really targeted and engage a broader community, kind of through addressing the people who are being the most unfairly kind of attacked in this moment.

Note: This is the last episode of season 1 of the conscient: art & environment podcast. I’ll be back with season 2 during the spring of 2021.