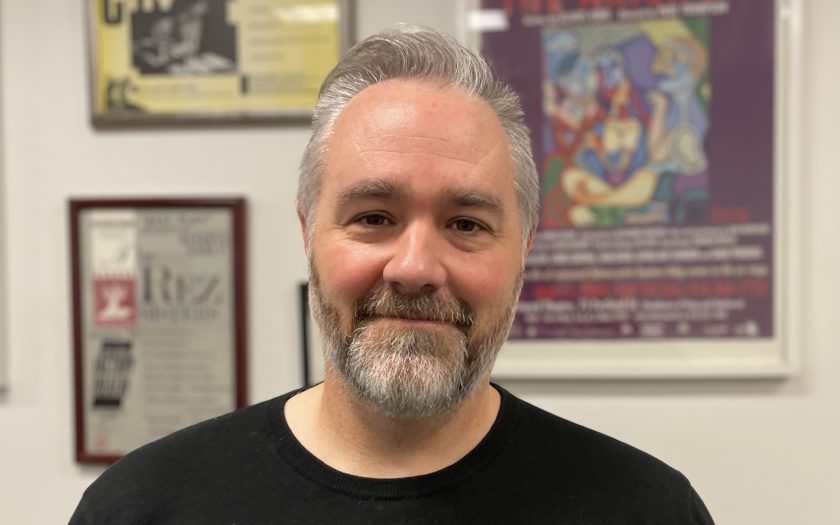 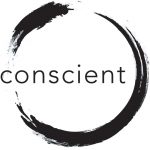 Keith Barker is from the Métis Nation of Ontario and is artistic director of Native Earth Performing Arts in Tkaronto. He is the winner of the Dora Mavor Moore Award and the Playwrights Guild’s Carol Bolt Award for best new play. He received a Saskatchewan and Area Theatre Award for Excellence in Playwriting for his play, The Hours That Remain, as well as a Yukon Arts Award for Best Art for Social Change.

I met Keith while we were both working at the Canada Council in the mid 2010’s. We reconnected at the National Arts Centre’s 2019 Summit on Theatre and Climate Change presented at The Banff Centre.

Our conversation touched upon indigenous theatre, the impact of telling a good story and the impact of placing artists in spaces with community members, telling their stories and talking about the crisis ands includes excerpts from e92 santee smith – about SKéN:NEN and interconnectedness and e44 bilodeau – the arts are good at changing culture.

There were many memorable moments in our conversation. This quote in particular resonated with me:

To me, artists being right in on the conversation, being present and actually pushing the agenda is absolutely the thing we need to be. That’s where we need to be. Too many politicians and policy and all that stuff. You’re watching that stuff fail right now and to put artists in spaces with community members, telling their stories and talking about the crisis… that’s happening and engaging people, that’s the power of theatre and that’s the power of art. That, to me, is the thing that’s gonna push people to make changes or to start talking or to enter into dialogue. Because right now we have a left and a right that isn’t gonna speak. They don’t like each other. They don’t like their politics, but you get them in a room together and they actually break bread and start having food. They realize that both their kids go to the same school. They both drive the same car. They both love hockey. You know, if we start finding those connections through art, then they they’re gonna engage. And it doesn’t matter if it’s an indigenous artist telling that story or you know, another, IBPOC person or anybody else. If you’re telling a good story, people are gonna be engaged and, and it’ll compel you to wanna do something.

I also have a special treat for you in the last 5 minutes of this episode. You’ll hear near the end of my conversation with Keith that I accepted to produce a radio version of his APOLOGY, MY play which was commissioned by the 2021 Climate Change Theatre Action (CCTA) project. You’ll hear my son Riel playing a political advisor and my wife Sabrina Mathews playing the Prime Minister of Canada. Big thanks to Riel and Sabrina for this powerful reading of the play and big thanks to Keith and Climate Change Theatre Action for permission to produce this amazing play that anticipates a future we can still avoid.

Note: Here is the APOLOGY, MY play by Keith Barker, performed by Riel Schryer and Sabrina Mathews as a stand alone audio file:

This is one of 6 episodes recorded during the Gathering Divergence Multi-Arts Festival & Conference Fall 2021 | Art in the Time of Healing: The Importance of IBPOC Arts in Planetary Renewal event from December 8 to 10, 2021 in Toronto.

Links mentioned in this episode:

Script of APOLOGY, MY by Keith Barker

(published with permission of the author)

This play came out of exchanges I’ve had with my uncle over the years. He is a fervent climate change denier who believes it is a hoax drummed up by lefty pinkos. This play is me writing out my disillusion by imagining a revelation about the climate crisis through the eyes of a Prime Minister who finds himself (or herself) on the wrong side of history.

You can’t say that.

You’re making it personal. Don’t do that.

Fine…On behalf of the country–

The country, the people, whatever you want to call them, are not the ones who are

sorry, the government is.

…On behalf of the party–

Mr. Speaker I stand before you today to offer an official apology.

The denial of climate change is a sad and regrettable chapter in our history.

I like the chapters – That was a sad chapter. This? This is a new chapter.

electrification, internal combustion engines, the car, and the airplane.

Sweet. Keep it in the past, stay away from the future.

measures of well-being. But we were wrong.

It was a mistake.

Mistakes are just as bad as being wrong. Neither will get you votes.

We are past the tipping point of climate change. Now we must deal with the full

of denial to maintain the status quo.

I think we need it.

And I think we don’t. Keep going.

of species. The acidification of the oceans has destroyed the majority of marine and

mammal food chains. The occurrence of extreme weather events has vastly increased as

You can’t say all that.

Then why are we saying it again?

Then why am I even giving this speech?

Because, politically it’s a smart move if we do it right. It also makes you look like a

I am the Prime Minister

Yeah, well, you know what I mean.

Listen, don’t focus on the small stuff. You need to ignore your instincts. Whatever

feels right, is wrong. You won’t win this if you repeat mistakes.

Don’t put this all on me.

climate change on the same day scientists announced the Arctic Circle was ice-free.

They did that on purpose to make me look bad.

What, melt the Arctic Circle?

You know what I mean.

You really think you can fix this?

What do you think?

Only the dumb ones.

…Today, we recognize the denial of climate change was wrong

Yeah, and you’re going to say it a hundred more times so get used to it.

inaction on climate change with capitalism being the driving force.

You can’t be seen placing the blame on industry.

Not if we’re using science it’s not.

Wow, and where was this guy a few years ago?

I am trying to make up for my past mistakes.

And that my friend is how you kill your political career.

I need to say this.

No, you don’t. You’re talking to the base. Card carrying members. They voted for you

because of your ideology. You can’t just bait and switch these folks. Do that and you

can kiss the election goodbye.

You’re right. Thank you for that.

It didn’t really hit me until you said my words back to me.

Oh come on. I’m just trying to get you re-elected here.

This isn’t about politics anymore.

Everything is about politics.

Sorry, but I need to do this.

Let me do my job here. I’m a fixer, it’s what I’m paid to do. Fix things. And if you want this fixed Mr. Prime Minister, then you need to start listening to me pronto. Do.  Not. Apologize. These altruistic feelings are fleeting. Trust me. You think you’ve found some clarity, but you haven’t. And when those feelings pass, and they will pass, you will regret having made a decision in a moment of weakness. You understand me?

Perfectly. I think you need to go.

Let me help you.

No, I think you’ve helped enough. Now if you’ll excuse me, I’ve got a speech to write.

Last chance… Really? Fine, it’s your funeral… You know what? I wasn’t going vote for

Aww, you broke your own rule.

And what is that?